Up until the advent of the colonial era, the traditional social structure in Malagasy society that bound diverse communities together for generations had been known as the Fokonolona. Deriving from the word foko (tribe) and olona (human), the social system had served to protect villages and their surrounding ecosystems throughout Madagascar’s rich history of human migration and settlement.

At the turn of the Twenty-first Century, faced with an escalating trend in deforestation driven largely by foreign interests, the government of Madagascar enacted a piece of far-sighted legislation that would once again allow communities to govern and manage their local natural resources. The legislation of 1996 (Malagasy Law No. 096-025), widely known as ‘GELOSE’, recommended that a process be initiated to reinstate a higher degree of autonomy for traditional resource governance by local communities.  Within the context of the new bureaucratic realities, the GELOSE legislation proposed to adopt a formal ‘signed contract’ between a representative of the local community and the central government as the legal basis for communal land governance. In so doing, the new approach represented a ‘bureaucratic adaptation’ to local Malagasy culture, norms and customs. 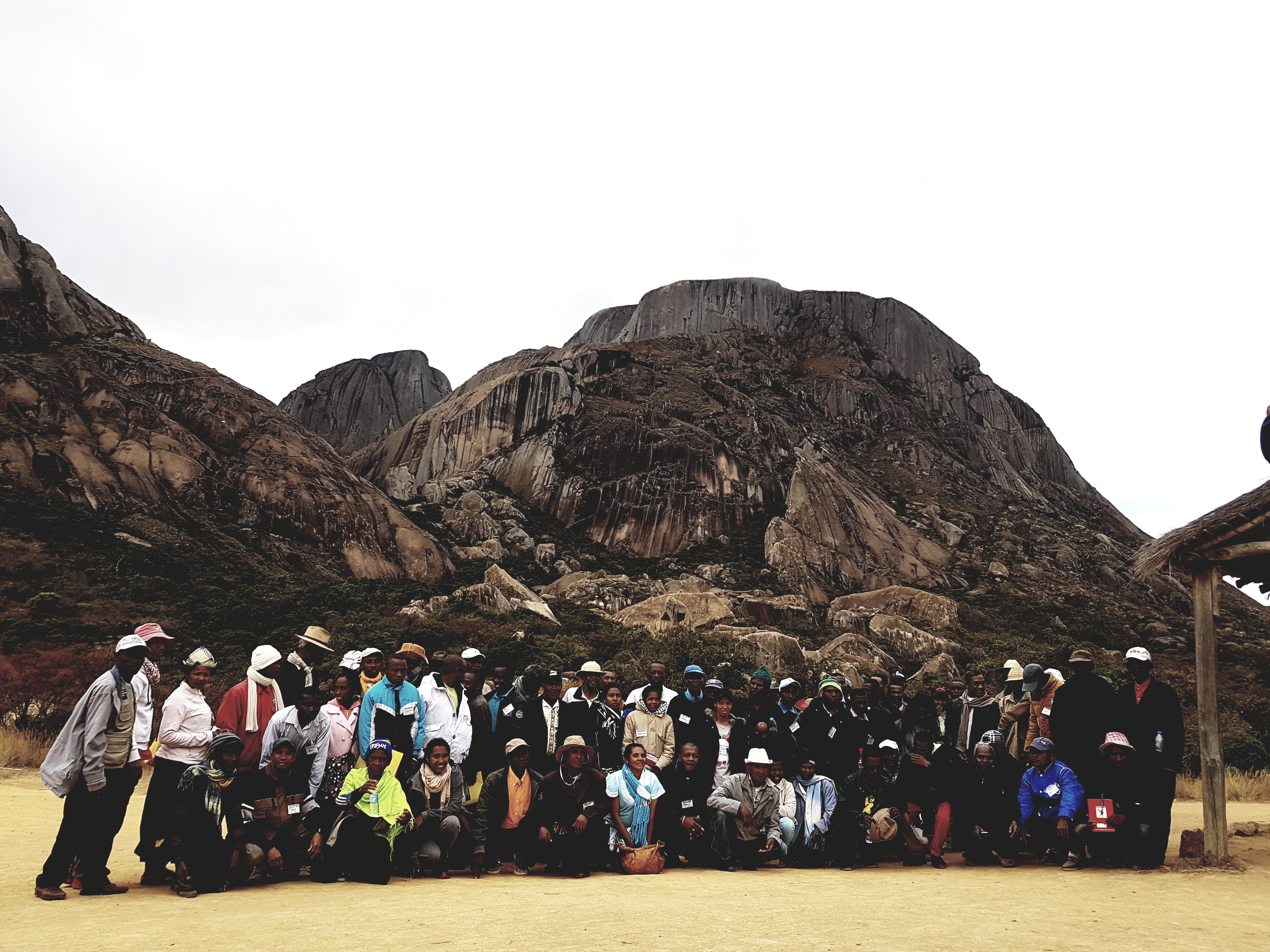 The enduring power of customary institutions

From the time of its inception in Madagascar, a mega-diversity country and global hotspot, the GEF Small Grants Programme (SGP) has channeled support to community-based actions, often by recognizing Indigenous Peoples’ and Community Conserved Territories and Areas (ICCAs). Starting in 2005 with an initial focus on the under-served communities in the dry South-West, SGP Madagascar has replicated activities across the country as a whole -- in the process strengthening support for the enactment of the GELOSE legislation, as well as towards the shared governance of protected and conserved areas.

Building upon an expanding portfolio of over two hundred SGP community projects funded by the GEF, in May 2012 the village of Anja Miray became the site for the creation of a national network of local communities for customary natural resource management, known as TAFO MIHAAVO -- or ‘Tambazotran’ny Fokonolona Miaro ny Harena Voanjanahary’ in Malagasy language. Since the moment of its creation, the network brought together some 482 local communities, drawn from 17 of Madagascar’s 22 regions.

Released in 2012, the aims of the network are stated in the ‘Anja Declaration’ which calls for the increased transfer of natural resource management to local communities throughout Madagascar. The declaration highlights Fokonolona as “the most stable, well-established and durable structure” accepted by Malagasy communities across the country, and underscores its value as a tool for the sustainable governance and management of natural resources. Acknowledging the benefits of the GELOSE legislation of 1996 – the declaration calls on the national government to further strengthen and clarify how the law will be applied in practice. Through the declaration, TAFO MIHAAVO also called upon on the international community to engage in horizontal learning and exchange between communities at the international level.

As the main international partner supporting the member organizations of TAFO MIHAAVO, the SGP continues to support the realization of the 10-year Anja Miray strategy which calls for sustained efforts to develop effective by-laws for the implementation of GELOSE in line with local and environmental needs; along with an expanded role for TAFO MIHAAVO through its member organizations to safeguard the environment for the people of Madagascar and future generations.

As a national network of representative Fokonolona, as of early 2019 the TAFO MIHAAVO network currently brings together over 580 Malagasy communities, supporting the customary governance of around 3,000,000 hectares of forests, across all 22 regions of Madagascar. As part of the GEF7 National Dialogue Initiative organized in early 2019, numerous SGP grantees interviewed mentioned that TAFO MIHAAVO represents a “mechanism at local, regional and national levels to promote community values, cultural and solidarity for global benefits”.

Through twelve years of SGP operations in the country funded by both the GEF, together the German Federal Ministry of the Environment (BMU), SGP Madagascar has nurtured and supported a growing national social movement advocating for an effective decentralized natural resource governance framework. Through an ongoing commitment from the GEF, the TAFO MIHAAVO network continues to support the inter-generational transfer of knowledge about the values and governance systems of the Fokonolona between elders and young people across all regions of Madagascar.

In alignment with the SGP Madagascar Country Programme Strategy (CPS), the programme also continues to uphold and support the creation of new models of territorial planning and landscape-level governance as a contribution to the CBD Aichi Targets 11, 14 and 18 with respect to governance diversity in the recognition of conserved areas, ecosystem services and transmission of traditional knowledge. 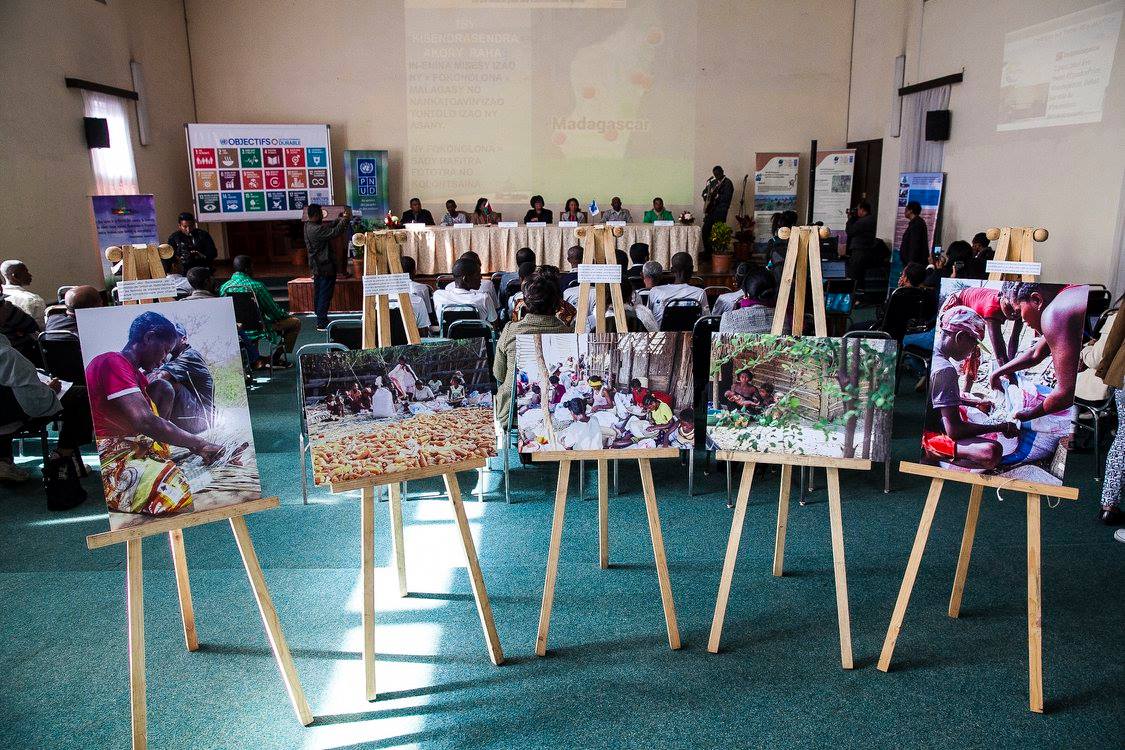 Growing recognition at the international level

Looking beyond the national level, members of TAFO MIHAAVO have also disseminated the emerging good practices on the territorial governance of natural resources in Madagascar through participation and global recognition by the UNDP Equator Prize.