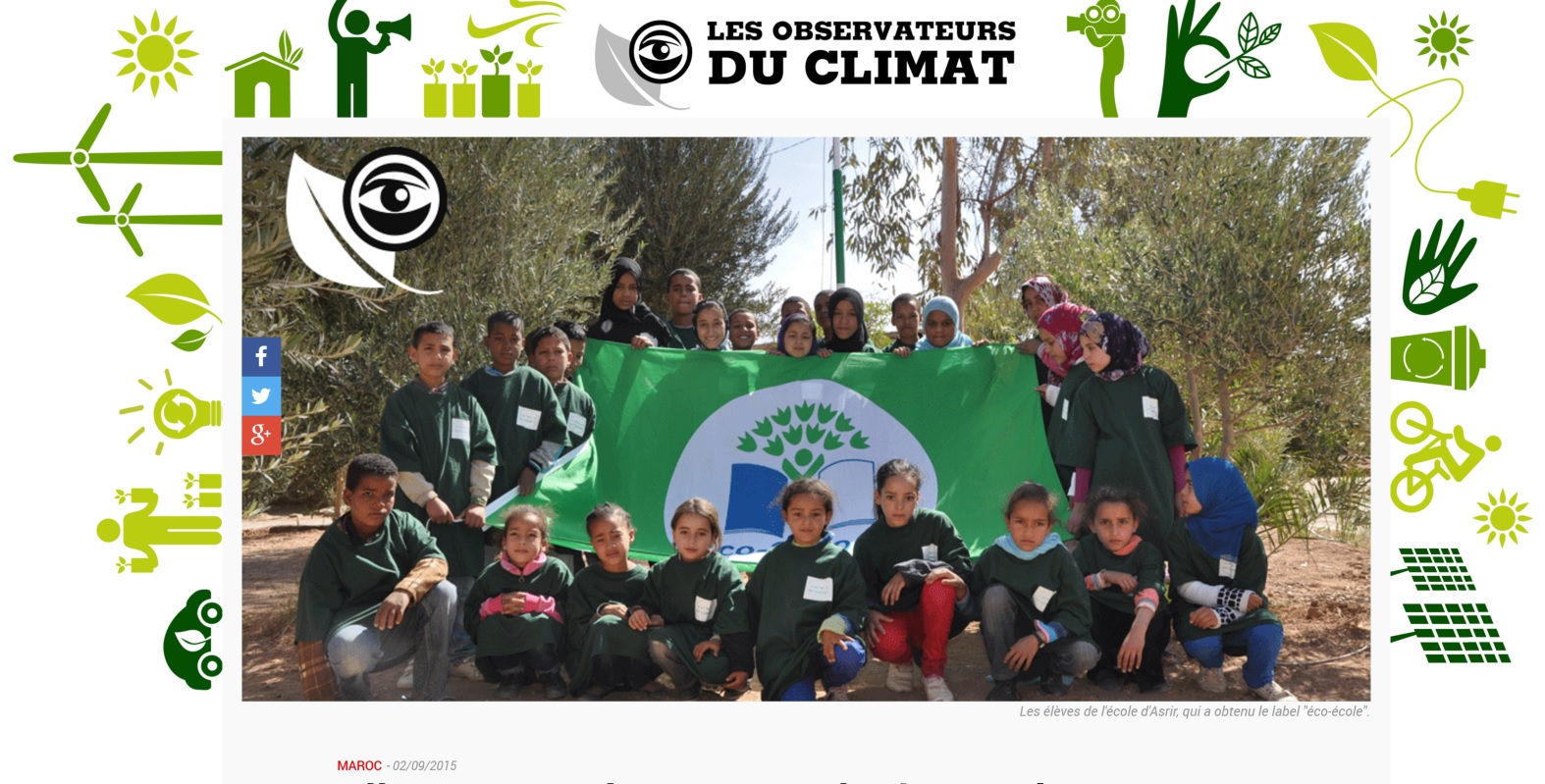 SGP funded project "The ecological sanitation project"  was featured in the article as part of the initiative "observers for the climate" launched by France 24, in order to showcase local initiatives in climate change.

The project MOR/SGP/OP5/Y2/STAR/LD/13/06  is located in Draa Valley (Biosphere Reserve of southern oasis in Morocco) which is characterized by an arid climate, erratic rainfall associated with increased drought. These basic characteristics are accentuated by the impact of climate change: extreme events, including heavy rain (causing floods) and drought (causing desertification, loss of biodiversity, erosion and soil degradation ). The project area is also characterized by the vulnerability of local population. The Draa Valley is one of the least developed regions of Morocco, with a low rate of access to basic infrastructure and high rate of poverty (low agricultural incomes, limited access to basic services such as water, electricity, sanitation, roads, health, education ).
In this context severely impacted by climate change, local community is facing qualitative and quantitative degradation of water resources, which accelerate the deterioration of oasis soils. The lack of sanitation systems is a major component of this issue.
The SGP project supported the local population to improve their access to protected water points and to ecological sanitation systems (dry toilets). It has also promoted awareness in water management and climate change among various stakeholders (youth, women, local and regional partners).