On the occasion of the upcoming accession of Zimbabwe to the Ramsar Convention as the 164th Contracting Party, last February, the Secretary General of RAMSAR Convention on Wetlands, Anada Tiega, visited a community-based project financed by GEF Small Grant Programme (GEFSGP) in Monavale Vlei Wetland, Zimbabwe. The project strived to address the degradation of the wetland, and to improve the biodiversity of surrounding areas.

The event started with a presentation by Steve Davies, the Chairman of the Conservation Society of Monavale (COSMO) on the work of the organization in wetland conservation. After the presentation, Mr. Anada Tiega took the opportunity to congratulate COSMO for the excellent work done together with the government of Zimbabwe and other key stakeholders including the GEF Small Grants Programme.

COSMO received a grant from the GEF SGP in 2008, to address the degradation in the wetland by raising awareness, stopping cultivation, cleaning up the waste dumped in the wetland, and removing the invasive alien species that had invaded the ecosystem. 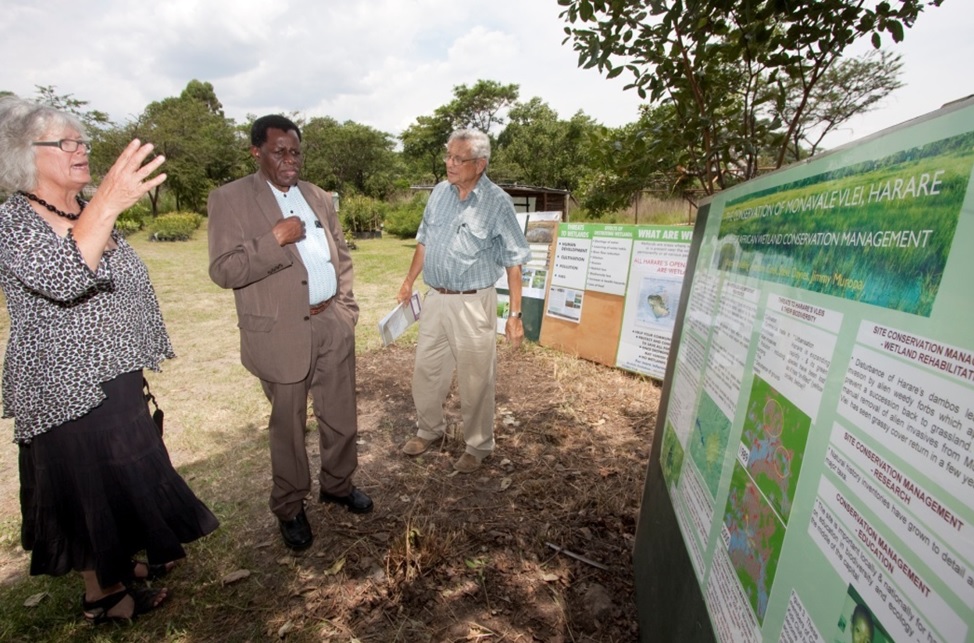 As a result, 34 hectares of wetland have been rehabilitated and COSMO managed to restore Monavale wetland to almost pristine condition. In terms of biodiversity, the status of the wetland has improved significantly: Grass species increased to 36 species, up from 16 in 2005; Sedges, Forbs and other plants species increased to 86 up from 36; and bird species increased to 233, up from 208 species when the programme began in 2005. In the past 18 months, the indigenous tree nursery that was established as part of the project has now sold or distributed over 4,000 seedlings and species data was compiled for all tree varieties germinated on site.

Environmental education and awareness raising were a key component of the project and included training on soil management, composting, pest control, climate change, as well as germination, propagation and care of indigenous trees. College lecturers from all over Zimbabwe visited Monavale Vlei Biodiversity Project for training about the importance of preserving wetlands throughout the country. Presentations on wetlands protection were made during Harare City Council meetings to raise awareness among the policy makers.

In 2009, COSMO had the privilege of hosting Zimbabwe's national commemoration of World Wetlands Day on Monavale Vlei, and ever since, COSMO and Monavale Vlei have become a learning center on wetlands that provides training not only to government officials but also for other organizations including Ramsar, Wetland International, Oxfam, Environment Africa, FAO, Save the Children UK, Royal Society for the Protection of Birds, BirdLife International, World Bird Migration, and several others. 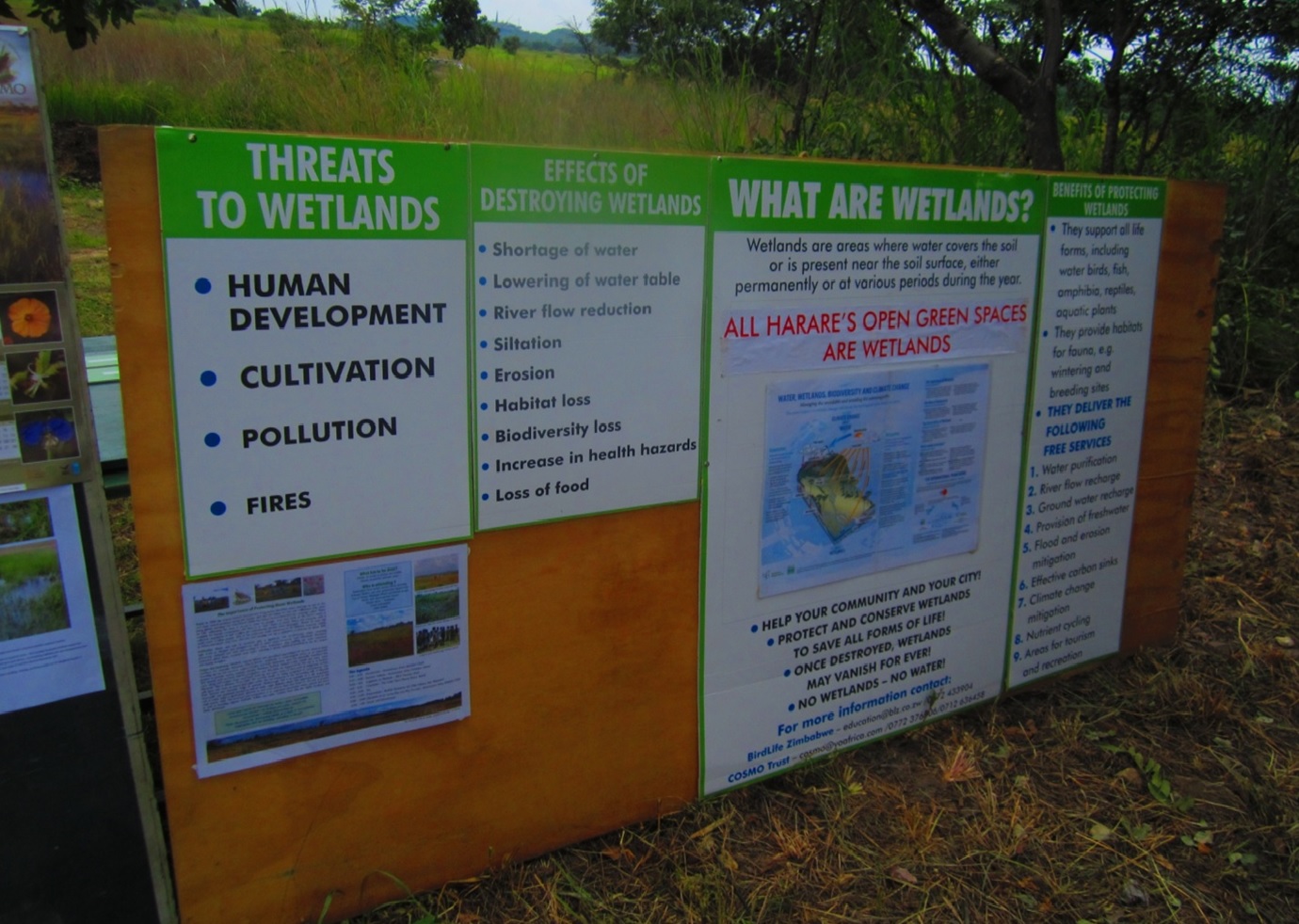 In 2011, UNESCO Zimbabwe encouraged COSMO to apply for the recognition of Monavale Vlei as a UNESCO's Biosphere Reserve, thus ensuring its conservation. It is hoped that Monavale Vlei's application for Biosphere Status will be finalized during the next 12 months, which would make it the first Biosphere reserve in an urban area in Southern Africa.

Today, COSMO is the leading organization in a national campaign for the protection of urban wetlands. In that role, the organization initiated the draft of a Local Environmental Subject Plan for Monavale Vlei, which was incorporated in the City of Harare Master Plan. The plan also provided the national government with a blueprint for future policy on management of wetlands at a national level. Besides the Management Plan, COSMO also developed Monitoring and Evaluation guidelines on wetlands, working with the government agency called Environment Management Agency (EMA) to identify all wetlands in Harare, and advocating these wetlands to be declared Biosphere Reserves.

COSMO has also fostered partnerships and networks and helped in the establishment of the Wetlands Survival Forum. The Forum involves 15 organizations on wetlands protection and will be used as a lobbying and advocacy platform to influence policy decisions in wetland conservation. In terms of education, COSMO is working with the University of Zimbabwe Soil Science Department in measuring the ground water recharge in the Vlei.

Steve Davies the COSMO Chairman noted that "COSMO provides a model to show how committed CBOs and similar bodies, working with other stakeholders, can protect and preserve their neighborhood wetlands for the benefit of all citizens of Harare". This SGP project demonstrates how small seed money along with key technical support can have transformational impact. 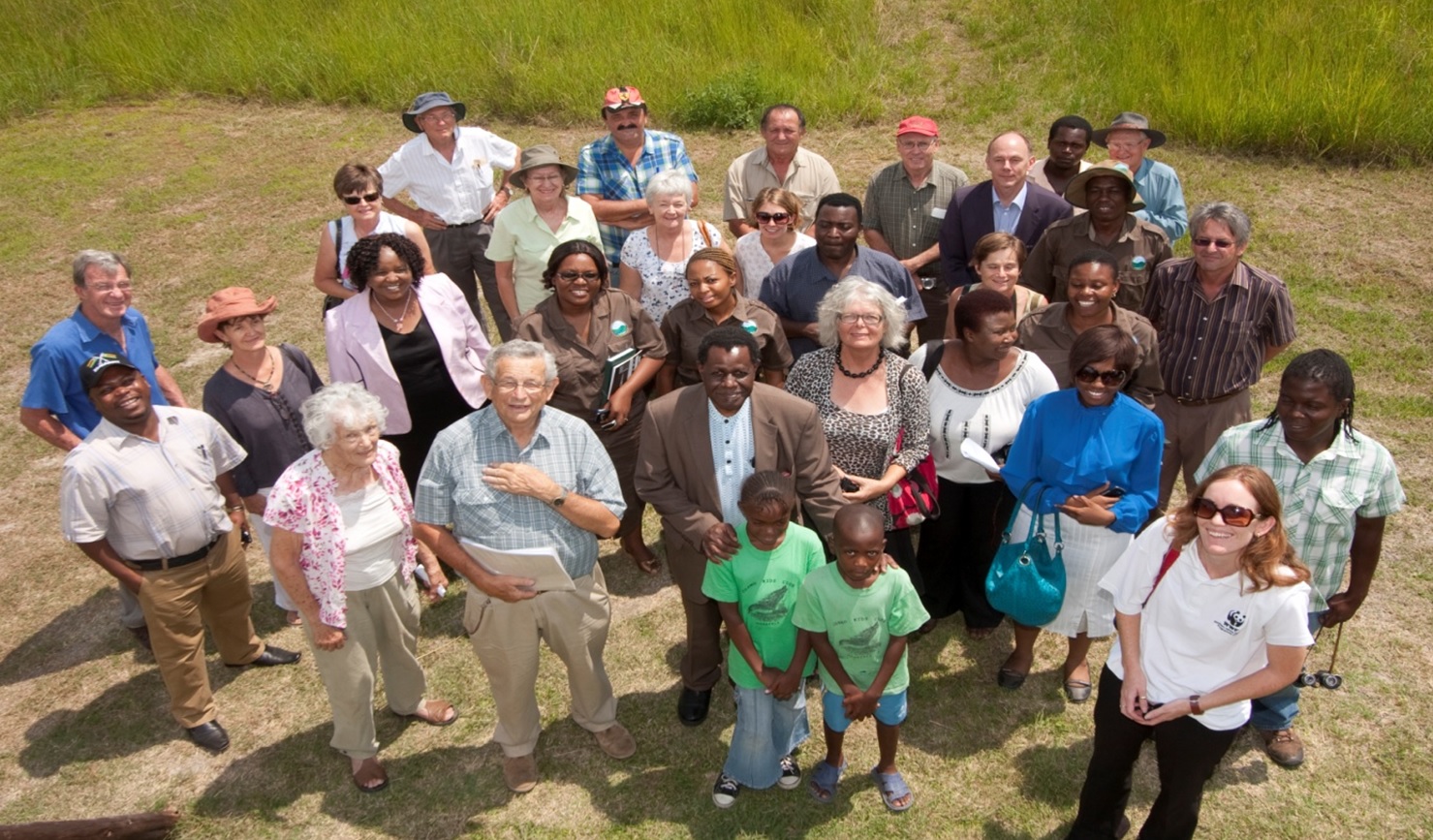