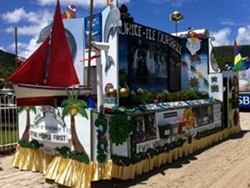 The official ceremony for the National Day celebrations was held at one of the oldest race course in the Indian Ocean region, the Champ de Mars, and comprised of the flag raising ceremony, a march past by disciplined forces and uniformed organisations, a helicopter fly-past, music/dance fusion items, fireworks and a display of floats followed by a popular show. 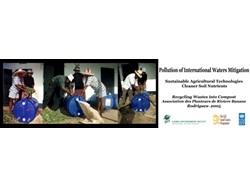 The project on Sustainable Agricultural Technologies consisted in building the capacity of the community to recycle organic waste, and develop community wide composting programs over the whole island. The overall objective was to train farmers to produce their own composts to be used in safe agricultural practices in view of addressing sustainable land management to achieve global environmental benefits.

The main objectives of the project on Biogas Production for the Ecological and Economic Treatment of Cattle Waste biogas were to decrease GHG emissions, promote the use of renewable energy and improve the living conditions of rural animal keepers by ensuring a cleaner and more hygienic environment, while at the same time encouraging the use of natural methods for agriculture through treatment of animal waste for use as fertilizer. The third project on the protection of coral reefs and fish habitats aimed to improve and protect the health of corals at specific sites by supporting the installation of permanent mooring buoys. The extent of coral degradation by boat anchors at popular snorkeling and diving sites around Mauritius has increased rapidly in the last ten years. It was proposed that successful permanent moorings would ensure that valuable lagoons and coral reef habitats are protected. Following the success of this project, the Ministry of Tourism and Leisure contracted out the grantee to set up other such moorings around the island at popular dive sites.

Additionally the Ministry of Environment and Sustainable Development displayed the "School Waste Segregation" project (3 waste sorting bins in the picture) by Environment Care Association which was also co-funded by GEF SGP. The aims of the solid waste segregation project in schools were to sensitize school children at an early age to acquire the habit of sorting out of waste so that they will behave as responsible citizens who care for the environment. These children in turn influence their parents to start sorting out their waste and to compost their biodegradable waste at home.

All floats entered a competition and the float of the Ministry of Rodrigues and Fisheries won the 1st prize.